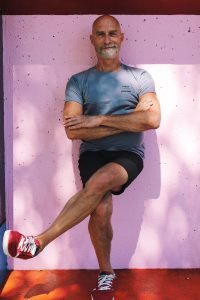 I came “out” in my early twenties but only because I didn’t know what to call it as a kid. My father didn’t speak to me for a year and my mother suggested that I do therapy. I explained to her that doing therapy is what enabled me to come “out”… When I began seriously studying yoga none of my teachers or fellow students was gay and this was the community that made up my day today. This was also during the period when most of the Eastern spiritual teachers and yogis frowned upon homosexuality and before most of them had been busted for inappropriate sexual behavior with their students.

Early in my teaching career, I was asked to teach yoga for a gay men’s group that led retreats and international travel. This was an amazing experience, to practice and teach yoga with a group of like-minded guys was the best of all possible worlds—a true healing. At the same time, I also didn’t want to be stigmatized as “the gay instructor” but as a reputable teacher worthy of all students–domestically and internationally. So, it was only decades later when I felt MOR established as a senior teacher that I felt comfortable with the inherent gayness in my style of teaching and being fully relaxed with my predominately heterosexual women students and the sprinkling of cisgender men.

For me, Gay Pride has always been less about parades and rainbows than a recognition of all the great LGBTQ people whose contributions to civilization have given shape, artistry, invention to culture since the beginning of time. Gay history is our history, as we both look to and, thank people like Alan Turing (computer scientist/ mathematician), James Baldwin (playwright/activist), David Hockney (artist), Leonardo Da Vinci (polymath/genius), Angela Davis (scholar/activist) Megan Rapinoe (Olympian soccer player), Sally Ride (astronaut), Stephen Sondheim (composer-lyricist), Rachel Maddow (political commentator)…   And, today I am particularly proud and grateful for Black New York candidates, Ritchie Torres and Mondaire Jones–both “out” gays and progressives—who have just won 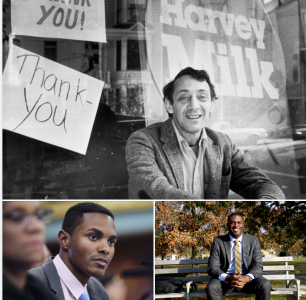